The tale of the future is the dreamtime of industrial society. It reaches down to the mythic roots within human experience to find sources of supreme power, means of transcending all limitations, opportunities for achieving absolute perfection. (I.F. Clarke, 1979, p. 51)

Posthumanism is an emerging topic in the high-tech end of futures discourse. Oxford Professor Nick Bostrom says a posthuman person is one with at least one posthuman capacity, by which he mean a “general central capacity greatly exceeding the maximum attainable by any current human being without recourse to new technological means. ”Bostom includes three domains of human life: “healthspan… cognition… emotion."

”Because posthumanism, a la Bostrom and others, requires technological intervention, posthumans are essentially a new, or hybrid, species. Related concepts include cyborg and android. The term cyborg is a shortened form of ‘cybernetic organism’ and arose out of cybernetics in the 1960s. The movie character Terminator is a cyborg. However, the concept of a human/machine hybrid has been used in science fiction for almost 200 years, originating with Mary Shelley’s Frankenstein monster. The concept of android is a robot in the form of a human being and is connected with the high-tech ambition to create so-called machine super-intelligence.

Although , significant resources are being dedicated to developing ‘posthuman entities’. These include: Deep Mind (UK), now owned by Google; Vicarious, funded to the tune of $40 million by Elon Musk (Tesla Cars), Mark Zuckerberg (Facebook); and the Machine Intelligence Research Institute (MIRI) supported by Peter Thiel (PayPal). Because of the growing controversy over AI, when Google bought Deep Mind, they agreed to establish an Ethics Board to oversee its efforts to create 'conscious machines'. Ironically, the posthuman that transhumanists imagine, not unlike the Superman of the 1930s comic series, is still fictional. 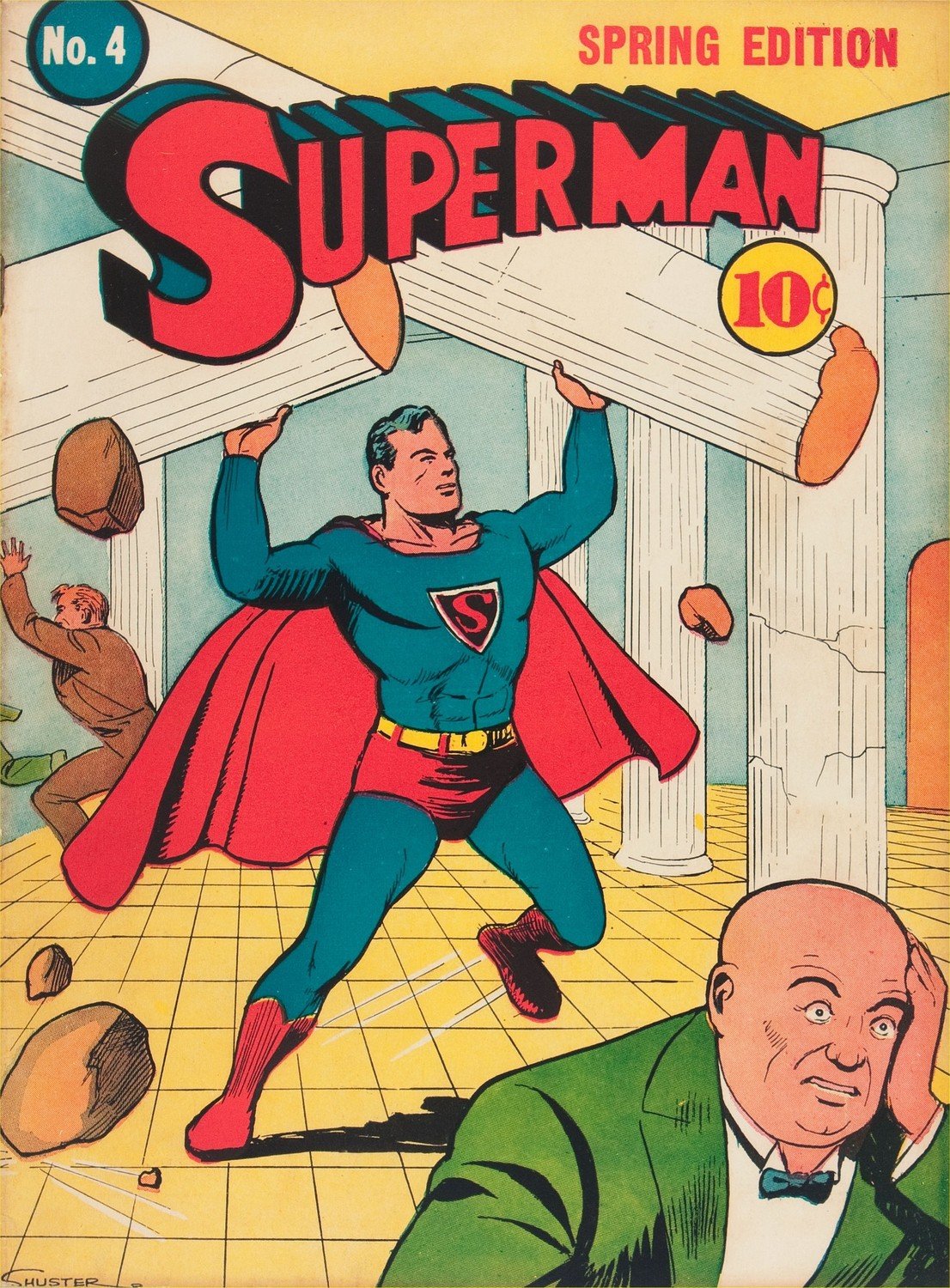 The Posthuman concept is promoted, like Superman was in the 1930s, to make people, mostly men, aspire to be bigger, stronger and tougher, to overcome their fears of the unknown future. The superman fantasy is arguably driven by the psychological fears of young men who are afraid they are not powerful enough. Is it possible that the young Silicon Valley billionaire-digital-natives are fearful of the hi-tech future they are creating but cannot control? Are they able to adequately discern the distinction between physical and virtual reality or are they living in a self-perpetuating echo-chamber —a virtual Matrix?

The all-American Superman began as a generalised “good guy” (Fig. 1) who solved everyday American problems using his superhuman powers—something of a posthuman policeman. As World War II unfolded, Superman became more politicised, as he consorted with the US Defence Forces. After the US joined the war, following the bombing of the American fleet in Pearl Harbour in December 1941, Superman took on the Nazi war machine (Fig. 2). 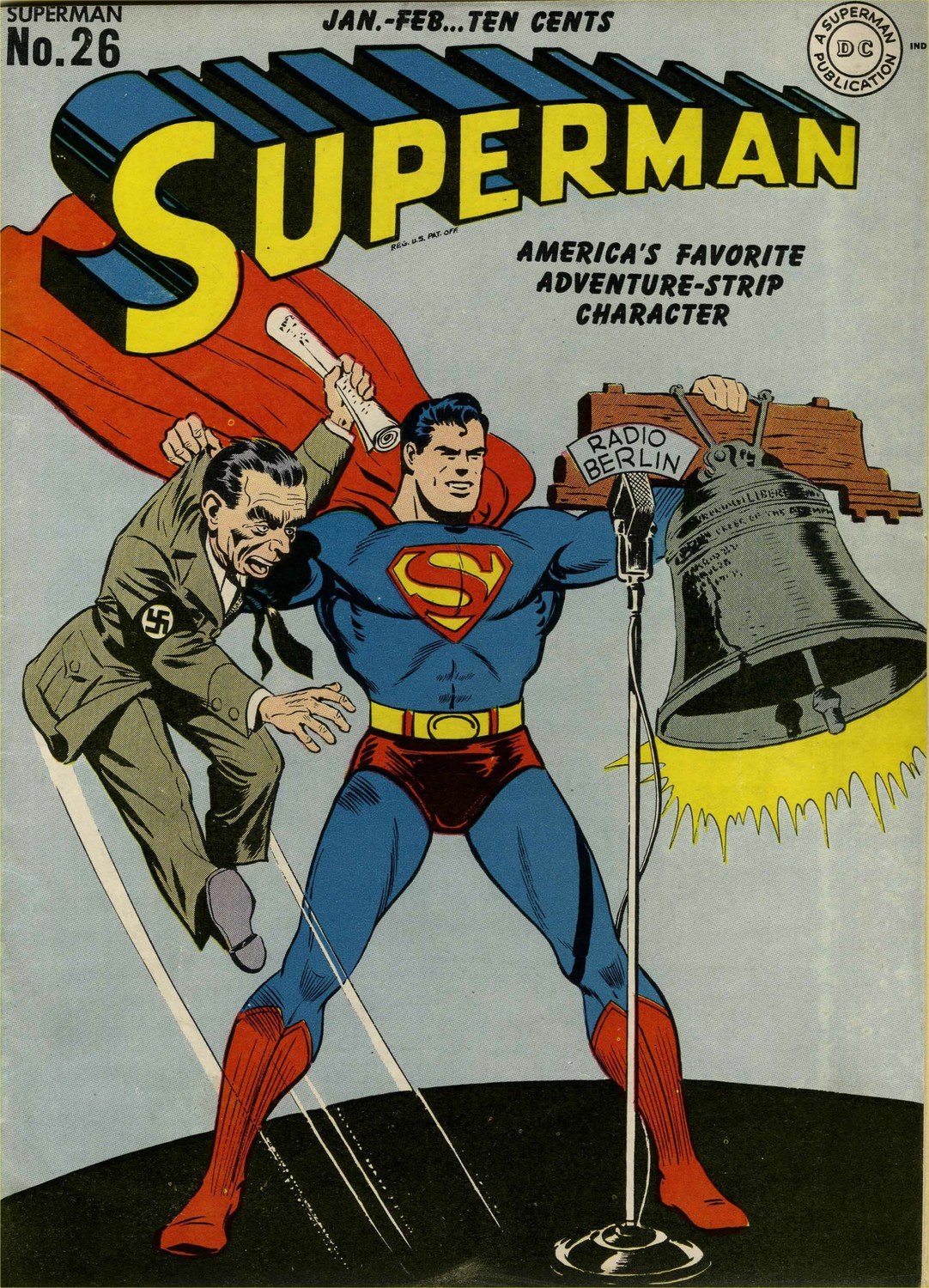 I raise these Posthuman-Superman analogies for two reasons. Firstly, we need to be clear on the sci-fi roots of posthumanism. Like transhumanism, and the singularity, the posthuman-superman imaginary has emerged from a century of techno-utopianism and science fiction. In spite of all the hype around AI and ASI, we need to be clear that Posthumanism is still a science fiction concept at this point in human history. MIRI’s website states that even “human-equivalent general intelligence is still largely relegated to the science fiction shelf.”

Regardless of who writes about posthumanism, and whether they are Oxford philosophers, MIT scientists, or Google engineers, we do not yet have the scientific and technological means to create such beings. It’s a long way off.

Secondly, no matter how pure the motives of those who want to invent posthumans today, there are no guarantees as to how such entities would be deployed in future, were they to ever be invented. There is a naivety in the claims of some transhumanists about AI solving humanity’s biggest challenges, without due consideration of the contrasting scenario of transhuman treachery. The espoused mission of Singularity University is to use accelerating technologies to address ‘humanity’s hardest problems’. A clue to their extreme technotopianism is that they see humans as a multi-planetary species and aim to colonize other planets (like Mars) offering humans a ‘kind of species survival insurance policy against extinction-level events’. Kurzweil views the singularity as an inevitable trend but his mission reads like a science fiction screenplay. It is hard to overlook the striking resemblance between the Superman logo (Fig 3) and the Singularity University logo (Fig. 4). 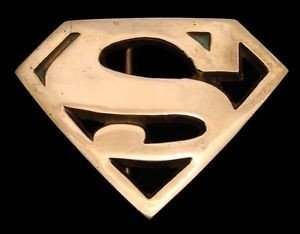 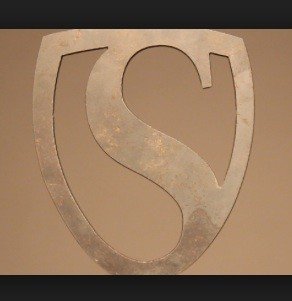 Posthumanism: The Naive Techno Dream
15Jan
How do Screen-agers find their own Voice?
04Mar
How Can Education Resuscitate a Dying Planet?
16Jun
Human Futures? Consciously Human-Centred or Techno-Dreaming?